REVIEW : “The Problem with Calling Buddhism a Science” 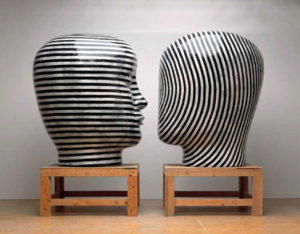 Review of the book, Why I Am Not a Buddhist by Evan Thompson. Yale University Press 2020. In Buddhadharma: The Practitioner’s Quarterly, 115-119, Spring 2020.

Read the full review, “The Problem with Calling Buddhism a Science.”

“WE COULD easily imagine a book today being titled, Why I Am a Buddhist. Such a hypothetical author could claim that he is not religious, nor does he believe in the triple gem of the Buddha, dharma, and sangha. Instead, he could argue that he identifies as being Buddhist because his life experiences, including his meditation experiences, have shown that (1) when things are born, they eventually die and when they come together, they eventually fall apart; that (2) there is physical and emotional pain that we feel by virtue of being alive; that (3) after close inspection, there is no persistent essence or identity to things in the world, including one’s own personal identity; and that (4) exceptional states of being exist beyond concepts, time, or location. This author could identify as being Buddhist because he found these so-called four seals” or marks of existence that are explained in the Buddha’s teachings to be verifiable. He would claim that impermanence, pain, selflessness, and nirvana are not religious beliefs, but rather are objects of empirical inquiry that can be scientifically validated, and that is why he is a Buddhist.

Such a hypothetical book, at least according to philosopher Evan Thompson, would reflect the worldview of a Buddhist modernist—precisely the worldview that Thompson seeks to rebuke in his most recent book, Why I Am Not a Buddhist.”

The Problem with Calling Buddhism a Science