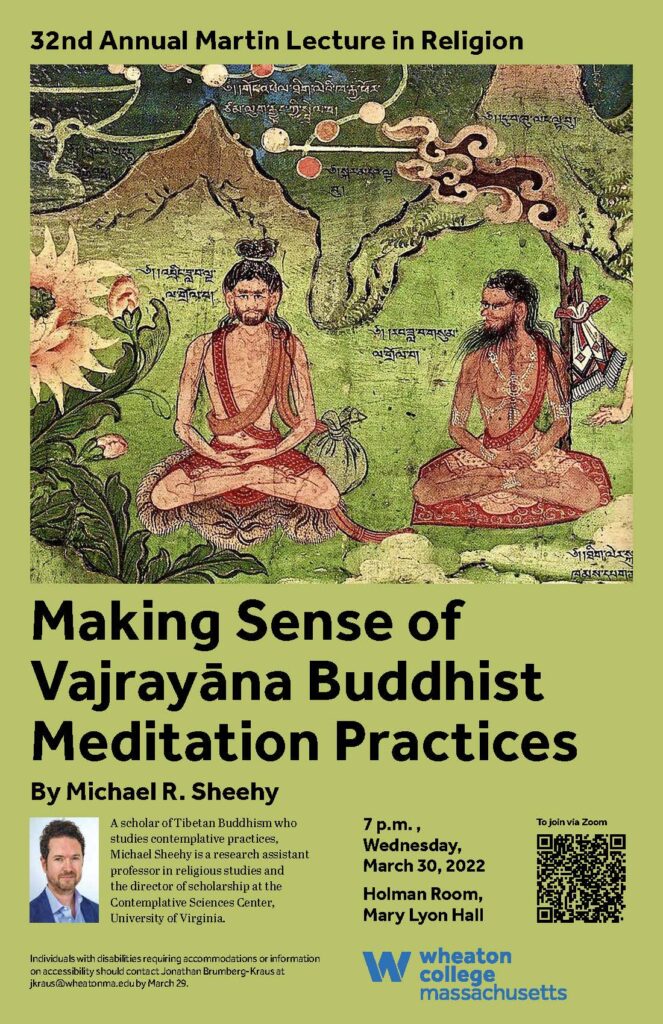 Meditation practices of tantric or Vajrayāna Buddhism from the Tibetan and broader Himalayan cultural world have until recently been largely inaccessible and shrouded in secrecy. Over the past century, with the cultural transmission of Buddhism to the West, these contemplative traditions are being popularized, raising important questions about the study and performance of Buddhist esoteric yoga and meditation practices. Given the gravity of our time, and the increasing accessibility of Buddhist tantric practices, this talk considers how we can make sense of Vajrayāna meditation practices across historical and cultural contexts. This talk considers the many distinct styles of Buddhist meditation and dynamic processes that underly Vajrayāna practices. Based on Tibetan meditation manuals, and the known science of Vajrayāna practices, we discuss distinct styles of Buddhist practices and argue that meditation is not merely for relaxation but involves arousal of the body and mind. Special attention will be given to practices that are designed to induce threshold experiences by simulating alternative senses of personal identity and embodiment–for example, sensory deprivation and self-emergent visions; performative visualization, dream yoga techniques to induce lucid dreaming; and the ecstatic breathwork of tummo that raises core body temperature. We conclude with reflections on prospects and challenges in the cultural translation of Vajrayāna Buddhist practices by thinking through the generative capacity of contemplation, endangerment of these practices, and the value of studying contemplation to better understand the potentials of human performance.